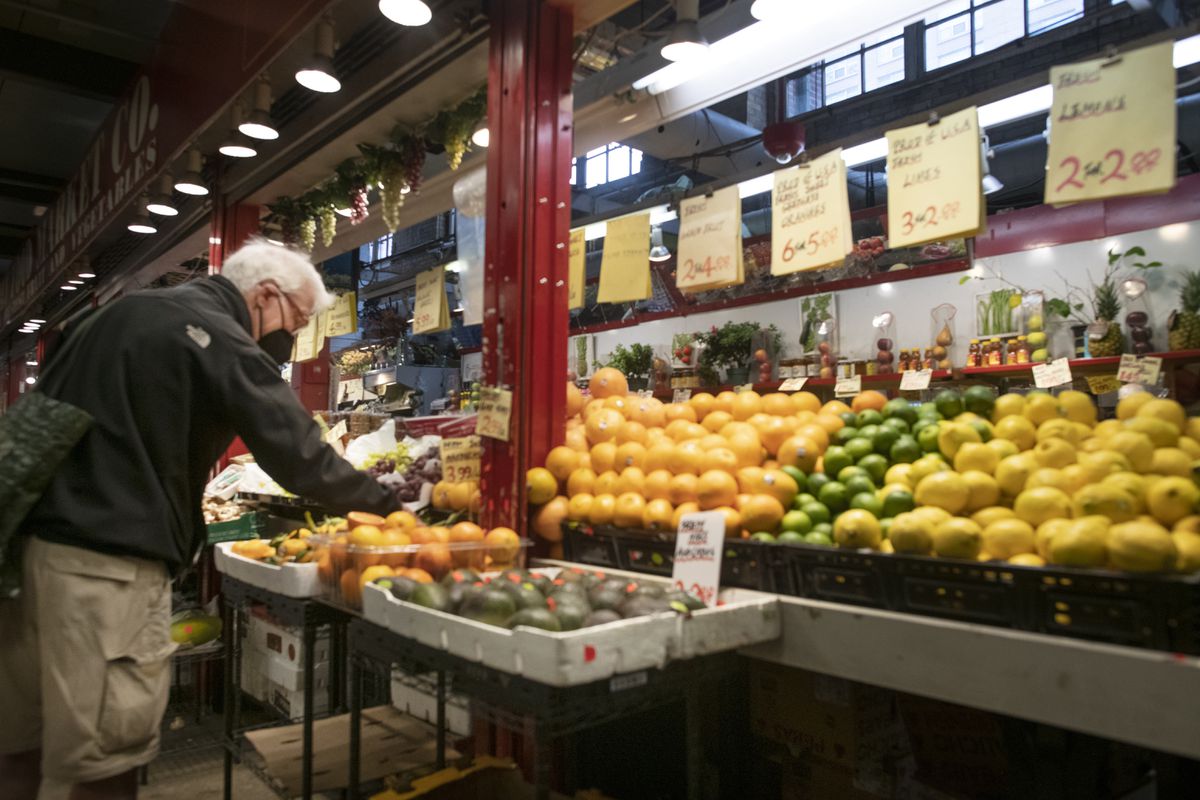 Canadian inflation jumped to the highest rate in nearly four decades in June, although there are tentative signs that consumer price growth is about to plateau, offering relief to families.

The consumer price index (CPI) rose 8.1% in June from a year earlier, compared with 7.7% in May, Statistics Canada announced on Wednesday. It was the highest rate of inflation since January 1983. Financial analysts expected worse, with inflation climbing to 8.4%.

The acceleration was mostly due to gasoline, Statscan said. Consumers paid 6.2% more at the pump in June than in May, and 55% more on an annual basis.

However, crude oil has been falling in recent weeks, which has started to be reflected in retail prices. The national average price for regular unleaded gasoline was $1.87 a liter on Tuesday, down from a high of $2.15 in early June, according to data from Kalibrate Technologies.

Housing and grocery costs rose at slightly slower annual rates in June, a potential sign of progress for cash-strapped household budgets. And excluding food and energy, core inflation rose 0.4% in June, a slower pace than in recent months.

“Slightly weaker-than-expected inflation readings will be good news for central bankers trying to control price pressures,” Royce Mendes, head of macro strategy at Desjardins Securities, said in a note to clients. . “Additionally, the more recent decline in global commodity prices is leading to lower energy prices in Canada in July.”

Central bankers are raising interest rates at the fastest pace in decades in their bid to rein in inflation. In less than five months, the Bank of Canada raised its key rate from 0.25% to 2.5%. More hikes are to come, bank officials said.

Consumer prices are rising for many reasons, including supply chain disruptions that have led to product shortages; much higher commodity prices, partly due to Russia’s invasion of Ukraine; and cheap borrowing rates that fueled a home buying boom.

The Bank of Canada, like other central banks, has consistently underestimated the path of inflation for more than a year. For example, in April 2021, the bank forecast CPI growth of just 1.9% in 2022. As inflation rose last year, central bankers in Canada and elsewhere said the situation would prove to be “transient” or of short duration.

Instead, consumer prices continued to rise, and those increases spread to more products and services. The Bank of Canada expects inflation of 7.2% this year and 4.6% in 2023, after repeatedly revising its CPI forecast upwards.

Inflation forecast errors are problematic. Since it takes time for changes in interest rates to affect the economy, it is important that central bankers have a fairly accurate view of future inflation when setting monetary policy.

Today central bank officials are trying to catch up and are aggressively raising rates to rein in inflation which is much worse than expected. The Bank of Canada raised its key rate by one percentage point last week, its biggest hike since 1998.

The bank attributes much of its forecast error to high commodity prices, such as crude oil, that it had not anticipated. He also underestimated supply chain disruptions and the extent to which consumers would buy goods with many services shut down by the pandemic.

As some prices begin to ease, many financial analysts believe it is too early to speak of a turning point in inflation. On the one hand, high inflation expands more products and services.

In addition, inflation is accelerating in some regions. The cost of passenger vehicles rose 8.2% in June from a year earlier, compared with 6.8% in May. Hotel rates rose 50% as the travel industry rebounded from pandemic shutdowns.

Another area of ​​concern is that inflation expectations – a key determinant in setting prices and wages – continue to rise among businesses and consumers. And even if inflation slows, the return to desirable levels could still take a long time.

In its latest Monetary Policy Report, released last week, the Bank of Canada said annual CPI growth would not return to its 2% target until the end of 2024.

Your time is valuable. Receive the Top Business Headlines newsletter in your inbox morning or evening. register today.