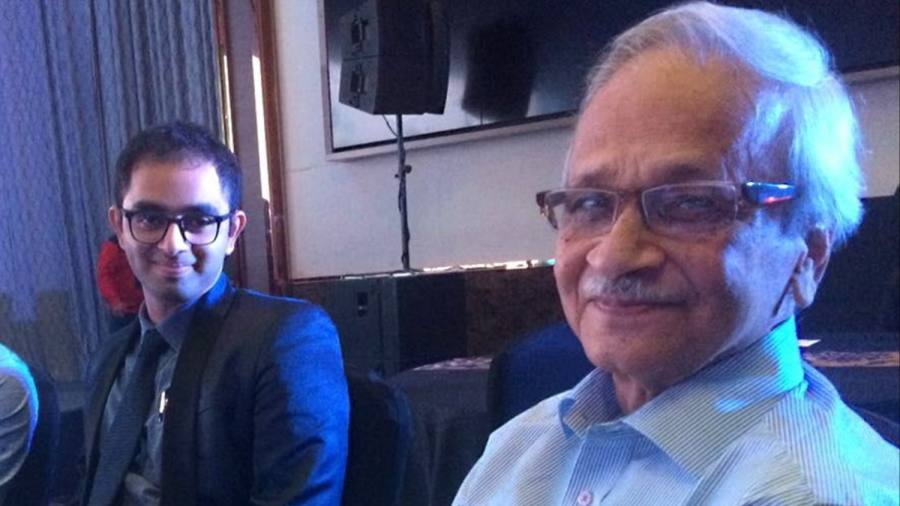 His pioneering medical work among refugees fleeing war in the 1970s demonstrated that oral rehydration therapy – a simple solution of glucose, salts and water designed to replace vital fluids lost during bouts of infectious disease – could be successfully administered on a large scale, even during a desperate humanitarian crisis. crisis. The Lancet estimates that this treatment has saved 54 million lives over the past half century.

Mahalanabis was born in East Bengal, now Bangladesh, in 1934 and educated at a medical school in Kolkata. After working for the NHS in London, he finally returned to the city in 1966 to begin research into oral rehydration treatments at the International Center for Medical Research and Training at Johns Hopkins University in Kolkata. But in 1971, the war of independence in Bangladesh broke out: thousands of people fled to refugee camps on the country’s border with India. Infectious diseases spread rapidly within these narrow confines and Mahalanabis decided to put his theory into practice.

In an interview published in a 2009 World Health Organization newsletter, he painted a graphic picture of the conditions he encountered while trying to use traditional intravenous methods. “There were two rooms in Bangaon hospital which were full of seriously ill cholera patients lying on the floor. To treat these people with IV saline solution meant literally kneeling in their feces and vomit.”

Within 48 hours, he realized he was fighting a losing battle “because there weren’t enough IVs and only two members of my team were trained to administer fluids. intravenous”.

He decided to deploy a simple, low-cost solution and allow people without medical training, including family members, to administer it. “He told me that ‘necessity was the mother of innovation and necessity was that people were dying before our eyes and we had to save them,'” said Raj Ghosh, an infectious disease specialist who for 25 years, counted Mahalanabis as a mentor and friend.

The no-frills approach quickly proved to be very effective. Ghosh recalled Mahalanabis telling him that a member of the military had asked how long the oral solution should be administered. “He told her they could keep taking it as long as they were thirsty and when they weren’t thirsty that meant they were cured and they could quit.”

Mahalanbis did not discover ORT. Richard Cash, a lecturer in global health at Harvard’s TH Chan School of Public Health, played a key role in the first clinical trial of the treatment on patients with severe diarrhea during an epidemic in Dhaka in the 1960s He noted, “It is not just the discovery of something, but the application of this technology that also needs to be recognized. . . And he had the foresight to say, “There’s no way to handle this situation with the IV solution. So let’s do that. And try on a large scale.

Mahalanbis’ work in the camps during a crisis lacked the attributes of a scientifically sound essay. He initially struggled to get his findings published and was met with some skepticism from the medical establishment. But ultimately, his intervention helped spur WHO’s adoption of the approach.

He became a Fellow of the Royal Swedish Academy of Sciences and co-recipient of the Pollin Prize for Pediatric Research in 2002, as well as the Prince Mahidol Prize for outstanding contributions to public health, alongside Cash and another physiologist, David Nalin. .

Still, Ghosh, who now works as a senior adviser to the Gates Foundation in India, says Mahalanabis remained a fundamentally modest man, always eager to promote others if there was a seminar to conduct or an article to write. “He was like, ‘Others should do it,'” he recalled.

Mahalanabis was excited to develop the next generation in his field and was as eager to receive knowledge as he was to pass it on, Ghosh said. “He was one of those people who got along really well with young researchers because he spoke to them almost like a peer.

Ghosh added: “I had told him many times that he should write a memoir and he would laugh and say, ‘The time hasn’t come yet. “”