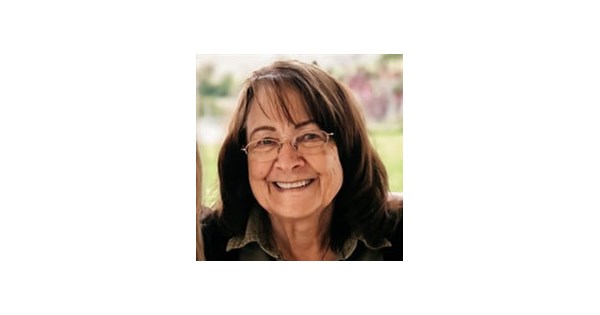 Sharon Lea Holmdahl (Gallaher) passed away on March 15, 2020, after a courageous battle with lung disease. Sharon was a beloved mother, grandmother, sister, aunt, wife and friend.
She was born Sharon Lea Gallaher on May 12, 1943 in Nespelem, WA, as the fourth of six children born to Orie Radford “Bud” and Juanita Runnels Gallaher. She attended elementary and middle schools in Nespelem and graduated valedictorian from Coulee Dam High School in 1961. After high school, she studied at the University of Washington and Bellevue Community College. On December 27, 1961, she married Thomas Holmdahl at Coulee Dam. Along with Tom, she raised her family of Todd (1964), Bret (1967) and Christy (1972) in Bellevue, WA until they moved to Tonasket, WA in 1975. After giving her family a home base solid, she joined the workforce in 1977 working in the financial industry. She started as a cashier and eventually became President and CEO of Colville Tribal Credit. In her work, she led with integrity and worked hard for her clients and the people she worked with.
The loves of his life were his family, his friends and his community. She adored her grandchildren and enjoyed supporting and following their efforts. She was the glue of her family and her community as a whole, always looking to connect with people and build relationships. She often sacrificed her own needs to create good in the world. His Thanksgiving meals were a long tradition in the family, reconnecting members and creating an environment of warmth and comfort with a highly competitive Turkey Bowl football game. She loved to have fun and participated in many family events, including her specialty, egg tossing. She was hardworking but always a listener, and her family and friends always came to her with their problems. Her list of exemplary attributes is long with her grace a standard we all admire. In a world where there are few heroes left, she was a true heroine.
She was predeceased by her siblings, Rose Nanamkin, Jim Gallaher, Dolores George and Bob Gallaher. She is survived by her husband, Tom, her sister JoAnn Cook, her children, Todd (Anne) Holmdahl, Bret (Stacey) Holmdahl and Christy (Bryan) Boesel, and her grandchildren Eric, Ryan, Quinn, Nate and Shea. Holmdahl and Jordyn, Carson and Jacey Boesel. She also leaves to mourn many beloved nieces and nephews.
Funeral services will be held at 10:00 a.m. on Friday, March 25, 2022 at Omak Longhouse next to St. Mary’s Mission in Omak. A reception will follow. In lieu of flowers, the family is asking for donations to the Hamilton Youth Foundation, PO Box 1750, Okanogan, WA 98840.

Russia will open the stock market this week: the impact will be ‘internal’ and not global