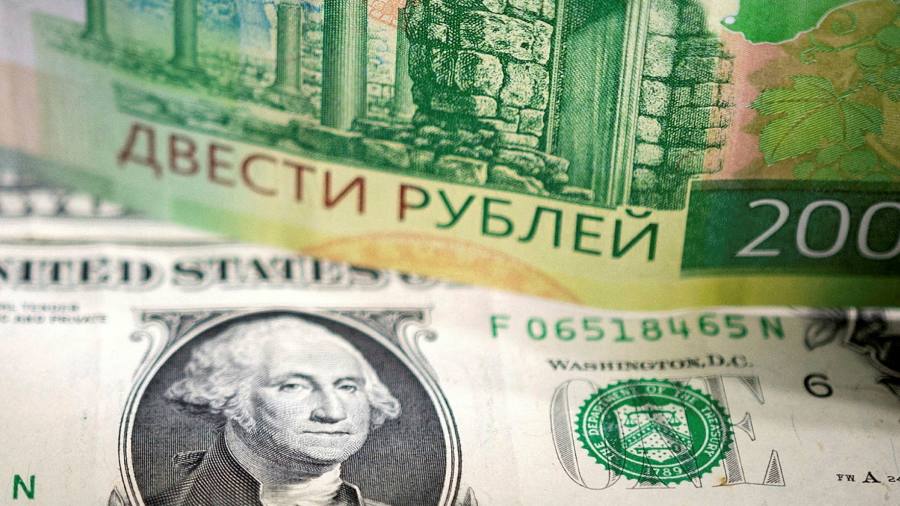 Russia has threatened to pay international bondholders in rubles rather than dollars just days before a key interest payment on its external debt is due.

Anton Siluanov, Russia’s finance minister, said on Sunday it was “absolutely right” for the country to make all sovereign debt payments in rubles until Western sanctions he said had frozen 300 billion of the country’s reserves are lifted.

Moscow is expected to pay $117 million in combined interest on two dollar-denominated bonds on Wednesday, according to JPMorgan. Neither bond contract gives Russia the option to pay in rubles, according to the Wall Street bank.

The latest warning to foreign bondholders raises the country’s chances of defaulting on its debt for the first time since Russia’s 1998 financial crisis, as its financial system comes under strain from measures taken by Western governments following the invasion.

“We have to pay for essential imports. Food, medicine, a whole range of other vital goods,” Siluanov told a state television interviewer. “But the debts that we have to pay to countries that have been hostile to the Russian Federation and have limited our use of currency reserves – we will repay our debt to these countries in ruble equivalent,” he said.

Siluanov said nearly half of Russia’s $643 billion in foreign exchange reserves had been hit by the sanctions, but did not reveal the denominations and jurisdictions where Russia holds other currencies.

Investors braced for a default, with both bonds trading at around 20 cents on the dollar. Moscow will have a 30-day grace period to make coupon payments.

International investors hold about $170 billion in Russian assets, according to Financial Times calculations, with foreign currency bonds accounting for $20 billion. More than two dozen asset management companies had to freeze funds with high exposure to Russia, while others had to write down their values ​​sharply.

There has been an exodus of Russian assets since the invasion, as the US and EU have sought to sever the country’s ties to the global financial system. The Moscow Stock Exchange has been closed since February 28, but the shares of many Russian companies listed abroad have collapsed. The ruble has fallen more than 45% this year, putting it on track for the biggest annual decline since 1998, when Russia defaulted on its local-currency-denominated debt.

IMF Managing Director Kristalina Georgieva told US television channel CBS on Sunday that “in terms of debt service, I can say that we no longer view Russia’s default as an unlikely event.” .

In a sign of the sudden change in Western investors’ view of Moscow, Russia was rated investment grade by Fitch, S&P Global and Moody’s Investors Service – the three main rating agencies – until February 25.

At the start of February, Russia held $311 billion in foreign securities, $152 billion in cash and deposits in foreign banks, $30 billion in special deposit receipts at the IMF, and another $132 billion in gold. Russia has reduced its dollar holdings from 45% of the total share in 2013 – the year before the first Western sanctions over the annexation of Crimea – to just 16.4% in 2021.

The central bank publishes data on the structure of Russia’s foreign exchange reserves with a lag of at least six months. In June 2021, the euro accounted for 32.3% of Russia’s holdings, the renminbi 13.1%, the pound 6.5%, other currencies 10% and gold 21.7%.

Siluanov claimed Western countries were pushing China to restrict Russia’s use of its renminbi reserves, but said he was confident Beijing would not bow to pressure. “I think our partnership with China will allow us to maintain the cooperation we have achieved and increase it when Western markets close,” he said.