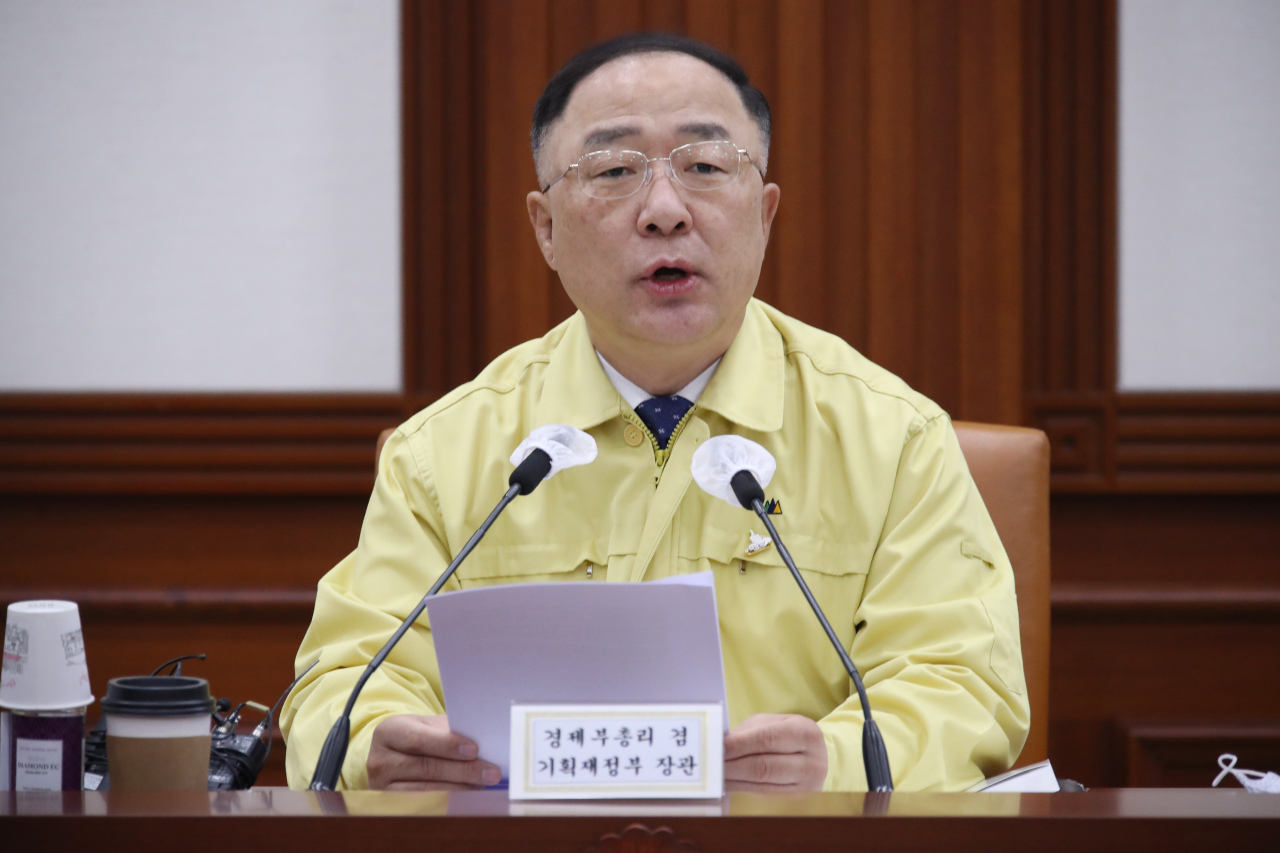 The tax proposal aims to “revitalize financial investment by improving the rationalization of taxation,” Hong said, adding that a complex tax regime on financial products had undermined investment.

From 2022, the consolidated earnings of all financial investments will be subject to a single tax rate, Hong said.

The government will gradually reduce the tax on stock transactions to 0.15% in 2023, from 0.25% currently, Hong said.

The tax bill is submitted to the National Assembly for approval.

The IMF’s outlook also painted a darker picture of the global economy, as the coronavirus pandemic showed no signs of abating.

The global economy is expected to shrink 4.9% this year, against a 3% contraction in its April forecast, according to the IMF.

Hong said the government will spare no effort to achieve positive economic growth this year.

To that end, Hong renewed his calls to the National Assembly to approve the third supplementary budget bill by the end of this month.

Test your expertise in financial investing, the stock market, mutual funds and more